Almost two years ago while presenting the award for Best Director at the Golden Globes, Natalie Portman quipped “…and here are the all male-nominees.” It was just in the midst of the #MeToo movement and Portman was universally praised for her iconic take down. Yet two years later, not only has the problem not been fixed, but it appears that the 2020 nominations are worse than ever. Once again there weren’t any female directors nominated, even though there was a vast and diverse eligible group of women, and films centered around women were also left out of major races.

Below are a list of the biggest snubs and surprises at this morning’s Golden Globs nominations ceremony.

1. No Love for Greta Gerwig or (Little) Women 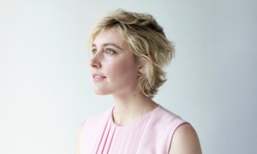 Two years ago, Greta Gerwig was poised to receive her first Golden Globe nomination for directing for her critically acclaimed film Lady Bird. While her film went on to receive a Best Picture nomination, Gerwig was mysteriously left without a nomination and was one of the women indirectly referenced in Portman’s jab. A situation even more baffling considering Lady Bird went on to eventually win Best Comedy at that year’s Globes.

This year Gerwig was back in the Golden Globes sphere with another critically acclaimed film, Little Women.  The film and Gerwig have been locks on every critics’ list, yet when nominations were announced both director and film were left out. She also failed to earn a nomination for writing for her adaptation of the beloved classic novel. It’s another category that’s, wait for it, all men.

Not only did Gerwig not receive a nomination, but no other female director was nominated despite Lulu Wang (The Farewell), Kasi Lemmons (Harriet) Olivia Wilde (Booksmart) and Marielle Heller (A Beautiful Day in the Neighborhood) all having critically acclaimed films. Her nomination seemingly went to Todd Phillips for Joker. His film was critically divided and was not on any front runners list. His nomination was a complete shock. In it’s 77 years of honoring films, the HFPA as only nominated five female directors, and only given the award to one woman, Barbara Streisand.

The films nominated for Best Picture also all starred men (with the exception of Marriage Story which stars Scarlett Johnason and Adam Driver equally) and featured male heavy stories. Films that centered around female protagonists or ensembles like Little Women, Hustlers, Booksmart, Harriet and The Farewell failed to enter the Best Motion Picture Drama or Comedy categories. It’s a troubling indicator of what could come for the Oscars. They’ve been embroiled in the #OscarsSoWhite controversy for the last few years. It appears this year might be #OscarsSoMale

Florence Pugh was also snubbed for her scene stealing performance in Little Women. It is another egregious mistake made in regards to this film, and the internet is revolting.

Game of Thrones will always be an iconic revolutionary show that’s unparalleled in every way possible. While admittedly, this season was their worst, it’s absolutely shocking that it didn’t secure a nomination for it’s final outing. It would have represented a culmination of it’s influences on television. And even at it’s worst, it still had three incredible episodes this season, including one epic battle. The season also showcased some of the best acting of the series. Particularly the women on Thrones dazzled, with sensational performances by Emilia Clarke, Lena Headey, Sophie Turner, Maisie Williams, Carice van Houten and Gwendolyn Christie. With so many powerful female performances, it’s all the more baffling that the show’s sole nomination was Kit Harrington for Best Actor in a Drama. Even his co-star Peter Dinklage who won Best Supporting Actor at the Emmys was left without a nomination. Winter really did come for the Starks and Game of Thrones. 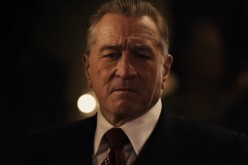 The Irishman nabbed an impressive five nominations this morning for Best Picture, Director, Screenwriting, and two Supporting Best Actors for Joe Pesci and Al Pacino. Yet somehow, the film’s main star Robert De Niro was not nominated. He was an absolute lock for this nomination and his snub is one of the most shocking and inexplicable. Truly,  who doesn’t love Bobby D?! While it’s unclear why he was left out, this could mean big trouble for De Niro moving forward in awards season. He still has to secure a SAG & Oscar nomination and while a Golden Globe isn’t necessary to procure those nominations, it’s typically an excellent precursor, and all the more difficult for De Niro to see Ocsar moving forward.

When They See Us, the based on a true story about the Central Park 5 being jailed for a crime they didn’t commit, was a lock this year for Best Limited TV Series nomination. It recently came off it’s Emmy win in that category as well as it’s lead actor Jharrel Jerome. However the Golden Globes didn’t give the critically acclaimed mini series a single nomination. It really is baffling how a series about five falsely accused black men starring black men and women and directed & executive produced by the most prolific black female director, Ava DuVernay could be shut out of all nominations. As this is the last major award shows When They See Us could be nominated for, it’s a disappointing finish for an otherwise incredible awards show run.

Speaking of us, another surprising omission was Lupita Nyong’o for her work in the horror thriller film Us. Not only did she play the matriarch of a family in crisis but the otherworldly mirror image of herself that’s threatening to tear her life apart. The dual performances were critically hailed, and the Golden Globes had no problem honoring an actor (Daniel Kaluuya) two years earlier for his performance in a Jordan Peele directed horror film. Nyong’o has been fighting to stay in the Best Actress Oscar race, and while she just won Best Actress at the New York Critic’s Choice Awards, this makes her road to Oscar so much harder.

One of the most critically acclaimed and successful comedies of the last decade was the tv show Veep. It and it’s star Julia Louis-Dreyfus has been the Golden Globes and Emmys darling of the last five years, earning a nomination for Best Comedy and Best Actress in a Comedy every chance it was eligible. Though it’s final season wasn’t as successful as the previous five, it seems like an extraordinary oversight that it wasn’t rewarded in it’s final season across any category. Just like Game of Thrones it’s a disappointing finish to a show that changed the tv landscape. 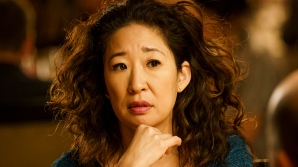 Killing Eve was nominated for Best Television Series Drama, and had it’s second lead Jodie Comer nominated for Best Actress in a Drama. The notable omission however, is of its lead actress and title character, Eve, played by Sandra Oh. It’s another absurd omission considering that last year, Oh, was the darling of the Golden Globes. Not only did she win Best Lead Actress in a Drama, becoming the first Asian woman to do so, but she also had the distinct honor of co hosting the show with Andy Samburg. It’s an odd trajectory to go from that Golden Globes ceremony, to this one. After her co-star Comer beat her out at this years Emmys, it appeared that Oh’s turn on the show was becoming second to Comer’s. This lack of nomination solidifies it.

Did I snub any snubs, or was I practically perfect in every way? As always thanks for reading and sound off in the comments section below.