A New Generation of Power Rangers 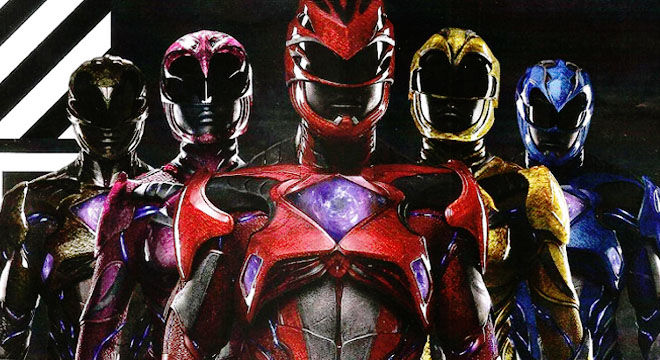 If you were a kid growing up in the nineties, Power Rangers was likely a staple of your pop culture diet. My siblings and I loved watching the movies together, especially the first one with Ivan Ooze. In the years since, Power Rangers has expanded their franchise to gain a whole new multitude of young fans. Unsurprisingly, when I went to see the movie in theaters this week there were plenty of younger children in the audience. I went in with low expectations as usual, because I don’t love reboots in general, but I wanted to have an open mind. I will admit that I was not very fond of the movie overall, but I found the fun where I could.

The new film does make the savvy choice, and time-honored tradition, to cast unknown actors in the lead roles. For their first starring roles, the young ingénues performed admirably, especially RJ Cyler as the blue ranger Billy. Cyler brought warmth to a character that seemed mainly written as comedic relief. The film is boldly progressive in a few ways; four out of the five rangers are POC; Billy is autistic and the core heart of the group; Trini, the yellow ranger, reveals late in the film she is gay and having girlfriend problems. They are all struggling with their individual identities, but it’s only when they need to work together that they realize they don’t know each other at all. By exploring their personal fears and inner lives together, they are finally able to work as a team.

There to assist their quest, is former red ranger turned guide Zordon, played by Bryan Cranston. He does a fine job with the material he has to work with, but so much of his performance is lost on the production decision to pixelate his face. He could have lent so much more pathos to the role if they rendered his face different Bill Hader lends his voice to the robot Alpha 5, but doesn’t make as much of an impression on the film as I had expected. His talent was put to incredible use in last year’s Inside Out, but they squandered his talents here. Elizabeth Banks does a good job here as classic villain Rita Repulsa, who truly lives up to her namesake, but I wish she has leaned more into the campy side of her performance.

I mainly took issue with the poor dialogue throughout the film. Cranston has to deliver copious, clunky exposition and Hader, as Alpha 5, has some of the cheesiest lines, on more than one occasion simply repeating the people around him. It walks the line between seriousness and campiness, but it doesn’t quite fall into either category. Personally, I wish the film leaned more into the campy element that made the series so great, but instead it took itself a bit too seriously. Since the comic relief was mostly relegated to Billy, there was less room for the more accomplished actors to chew scenery, which I would have loved to see.

Once the action picks up, the rangers work hand in hand to defeat Rita’s rock minions and some of the fight choreography is fun to watch. There is a heavy reliance on CGI and special effects, but with the imagery from the original series still burned in my brain, I had a hard time adapting to the new visuals. Long gone are the staccato arm movements and frequent shots of them poised, ready to fight, but that mainly has to do with the time in which they were made. That level of cheesy visuals is hard to duplicate these days, so it doesn’t surprise me that they chose to create those elements from scratch.

During the final act I felt a pang of nostalgia as I eagerly anticipated the team morph and the reveal of the megazord. When they first morph together, the direction is frantic with rapid cuts as the armor appears on each of their bodies, spreading like a rash of colored, diamond-encrusted skin. The scene feels disjointed because it doesn’t show their collective experience. The modernized effect, different from the original series, feels like a clear indication Power Rangers is moving in a new direction. Yet, the new morph is still akin to the externalization of the power they have within themselves.

The morphing effect didn’t quite work for me, but I wanted the megazord element to show more than the original series ever could. Unfortunately, smoke shrouds most of the visible mechanical connection between the zords, so there are flashes of a shoulder here or a lower back there, but I wanted to see more of the connections. The continuity struggles here, since moments before they join, Kimberly’s zord has been crushed, only for it to emerge visibly unscathed. The final scenes are not without gaps, and something is lost in their final showdown with Rita; maybe the stakes don’t feel high enough. When Goldar is defeated and Rita no longer has her weapon, the story resolves itself fairly easily.

I found myself enjoying it despite my hang-ups related to nostalgia. It’s likely that my fondness for Power Rangers got in my way of appreciating the new movie on it’s own merit. I wanted it to be the cheese-fest I remember. I realized that the movie was really more for this new generation of fans, than it was for those who loved the original series. There is still fun to be had, but next time I want to take a trip down memory lane, I’ll just watch some classic Ivan Ooze.