Oh Alec, How I Love Thee

SNL is on a 2 week break, so now seems like a good time to catch up! The last episode of Saturday Night Live was hosted by none other than, Alec Baldwin! Alec has been no stranger to SNL this season, and he certainly hasn’t been a stranger in the past. This is the SEVENTEENTH time that Alec Baldwin has hosted SNL. Let’s take a look at some of my personal favorite sketches. 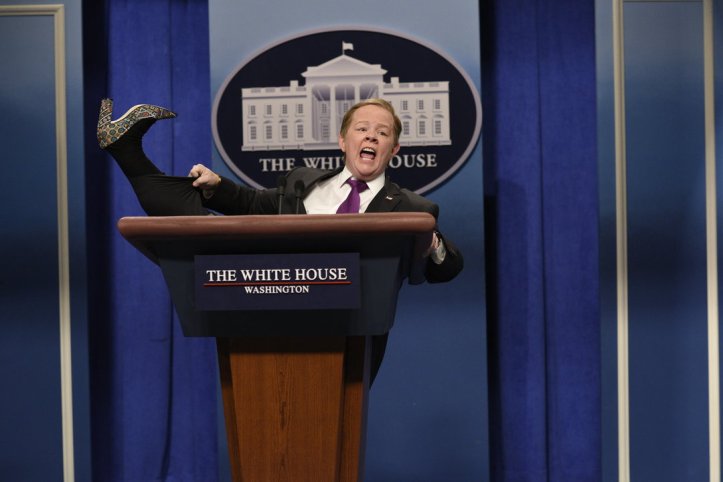 Melissa McCarthy quickly reprised her impression of Sean Spicer. Part of me felt like it was a little too soon. Typically there’s at least a week between reoccurring sketches. However, I understand, considering that SNL isn’t returning until March 4th. With the first sketch going viral, I’m sure they wanted to strike while the iron was hot. I also understand because IT’S STILL AMAZING.

As I said, this is the 17th time that Alec Baldwin has hosted SNL. In case you were not aware, this is the new SNL-Hosting record. Steve Martin previously held the record, and while I was disappointed that he didn’t make an appearance, Baldwin’s monologue was still fantastic. He and Pete Davidson discussed Baldwin’s youth and it was endearingly funny.

This sketch poked fun at the political and sentimental nature of this year’s Super Bowl ads. To be fair, all years there are quite a few ads where as you watch you think, “This is a great message….but what is the commercial for again?” This year it just felt like most of the commercials were of the political/sentimental/activist nature. This was addressed in a sketch about pitching a Super Bowl commercial for Cheetos.

In case you have lost track of the Trump crazy (like I do), last week the Federal Court ruled that Trump’s travel ban was unconstitutional and blocked it from being put into action. The President of the United States then tweeted, “I’ll see you in court!”…….about Federal Judges….who had already dealt with this issue…..in……court….anyway. There’s only one court that the Reality TV President had to be referring to, right? Aaaaand that’s what this sketch is.

Kate McKinnon played Elizabeth Warren as a guest on the Weekend Update. I need to mention that earlier in this episode, she also played Jeff Sessions. I can’t comprehend the talent that this woman holds.

Beyonce rocked the world (not like she does anything else) with news that she is carrying twins!!! Saturday Night Live gave us a peak into what the twins might be experiencing right now. Sasheer Zamata had a brilliant Beyonce impression and, guys. Tracy Morgan. If for nothing else, watch it for Tracy Morgan’s antics. 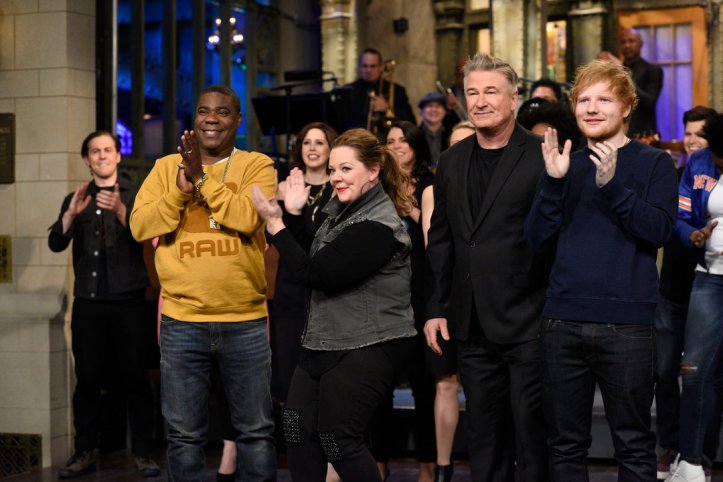 So, to recap, fantastic host, exciting guests and a solid musical performance by Ed Sheeran (oh, did I not mention that? Whoops. My bad, he’s awesome and I’m stoked for his new album). During the break, you can catch up or review this past season on the SNL app or at nbc.com! March 4th can’t come soon enough!